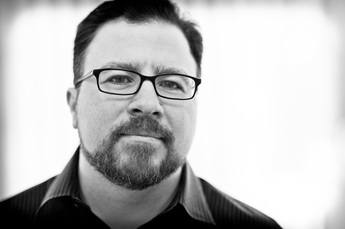 By Jason Godbey, Creative Director, Behind the Rabbit Productions

Currently Behind the Rabbit has a lot of irons on the fire. Our latest project premiering this week on Facebook, is a web series called Shakespeare [rehearsed]. We made the series in collaboration with Doyouthinkhesaurus Productions, our good friends Mark Granville Merritt and Michael Hall Lindsey.

The series is about two New York theatre actors living in New York City. The show begins when they both get a gig working for a less than famous Shakespeare repertory company  in Brooklyn. Even though they have aspirations of playing the Bard’s greatest roles, the guys get bit parts and play supporting characters.

We did the show as a very DIY production. In order to make it on the budget we had, I wrote it with the resources we had in mind. For locations we had an apartment, a rooftop,  and Prospect Park. I wrote the with Mark and Michael as the main characters. The most important element of course was Shakespeare. I started my career in theatre and had done quite a bit of Shakespeare. I knew the plays well and knew which ones I could use in the show. The plays gave a a strong foundation to build on.

Mark and Michael were great to work with; they have a natural chemistry because they’re good friends, and they also really know their Shakespeare. They’re both trained theatre actors, and they really got the material. That was huge. It’s nearly impossible to do Shakespeare if you don’t have the actors who know what they’re doing.

Series I is five episodes and starts this week on Facebook. Check it out and let us know what you think. For actors, theatre and Shakespeare fans, it’s a must-see.