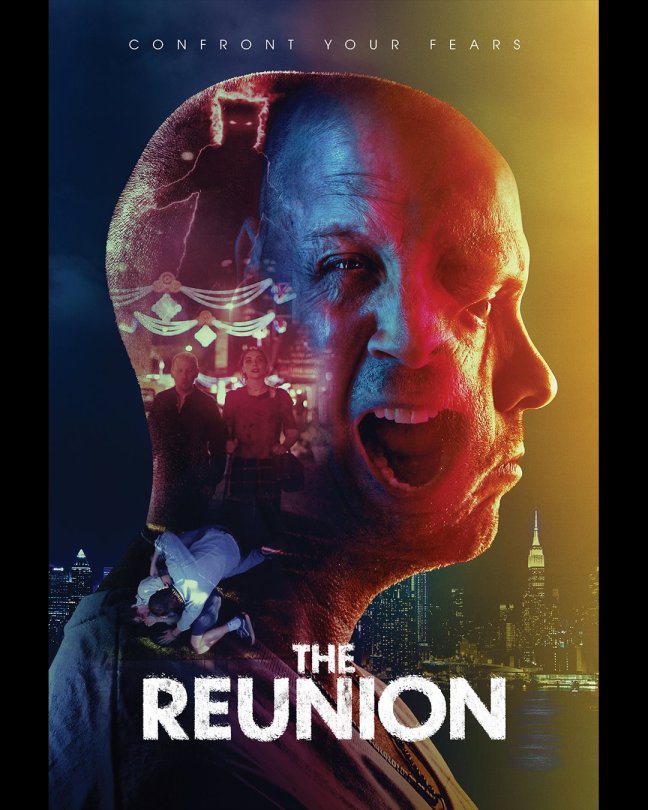 If you had the chance to confront your high school nemesis, would you do it? Most of us would probably just as soon avoid that person, but then can you ever get closure? And would it matter?

Hippie-ish Ricky (Dave Rosenberg) is an out-of-work New York actor with an upcoming high school reunion. He doesn’t plan on going because he doesn’t want to see the kids who bullied him in high school, particularly Travis (Sean Dugan), the kid who beat him up and left him with both visible and invisible scars. But then he sees Travis walking down the street, and he’s not so sure. Maybe he should go after all and confront Travis.

Ricky consults his Buddhist friend, Danny (Dinh James Doan), who counsels him that there are forces of both light and darkness within him, and that the force that wins will be the one Ricky feeds. His cop buddy Andy (Andrea Modica) is more pragmatic. He tells Ricky to attend the reunion and even shows Ricky some kickboxing moves to prepare him. Danny counters that instead of confronting Travis, Ricky needs to confront the forces within himself in order to find peace.

Things get more complicated when Ricky meets photographer Natalie (Cara Ronzetti), who tells him he should just forget Travis. Meanwhile, she’s got an ex-boyfriend who’s stalking her, and she is wary of committing to a new guy who seems nice but she doesn’t know very well. She and Ricky edge gingerly around each other, while Ricky worries himself into a knot of anxiety, jealousy, and pain. When Ricky sees Natalie and Travis together in the park, the anger Ricky feels sets him off on a hallucinatory trip that culminates with him marching into the reunion, loaded for bear and looking for Travis.

The beauty of The Reunion is that it doesn’t settle for easy answers. In the end, Ricky must accept both the light and dark sides of his nature in order to feel peace. The title refers not only to the high school reunion, but to the reunion of Ricky’s psyche. Rosenberg, who also co-produced the film and wrote the screenplay, based the story on his own experiences being bullied in middle school and confronting his nemesis years later, giving the film the ring of authenticity.

The Reunion makes good use of New York locales, including Union Square Park and Washington Square Park – the cinematography makes them look like urban Edens – and there are a number of creative shots in the flash-back scenes of Ricky’s Long Island suburban boyhood. The film was shot guerilla-style in 16 days, but you would never know it. It looks like a much bigger-budget feature, and the music and editing contribute to the professional feel of the film.

There is one awkwardly-placed scene where we learn that Travis is dealing with his own issues (as Rosenberg says, hurt people hurt people), but the film is a terrific effort and deserves to find an audience when it is released on iTunes in February. The Reunion won Best Director and Best Feature at the 2021 Nyack Film Festival, and Best Picture and Best Actor for Cara Ronzetti at the 2021 Soho International Film Festival.

For more information on The Reunion, visit the film’s website and stay tuned for our upcoming podcast episode with writer/producer/actor, Dave Rosenberg coming in February.

One thought on “A Battle of Light and Dark – THE REUNION”